VersaLuxe® CAVIAR Cream is out most ultra-sheek, powerful anti-aging and skin hydrating product that replenishes collagen and creates beautiful, luminous complexion. Caviar extract is rich in omega-3 fatty acid that helps in adding a healthy glow to your skin. Caviar extract is known to for its anti-ageing properties and contains nutrients and antioxidants that heal, regenerate and protect the skin.  The CAVIAR is rich in rare and precious nutritive substances such as essential fatty acids, omega 3, vitamins A, B & D, proteins, amino-acids, and trace elements.

For centuries—dating back to when Russia was run by czars—caviar has been a symbol of luxury. This exotic delicacy is a favorite of the well-to-do— from the banquets of aristocrats of yesteryear to the plates of the rich and famous today. It’s no wonder it’s the food of the rich and royal. An ounce of premium caviar can cost up to $300! But do these fancy fish eggs belong on your face?

Lots of celebrities swear by caviar extract as their anti-aging silver bullet. For example, Angelina Jollie used it on her skin during all her pregnancies and it Caviar is a staple in Celebrity Facials.

The History of Caviar

The Persians, who first discovered caviar, originally called it “Chav-Jar”, which means “Cake of Power”. In 2400 B.C., the Egyptians and Phoenicians salted and pickled the fish eggs to extend their shelf life during wars, food crises and sailing voyages. In early 14th century, England’s King Edward II declared the sturgeon as a royal fish and proclaimed every sturgeon an imperial treasure. When the royals of Russia fled the country in the early 19th century, they brought the trend to Europe—especially Paris—which eventually made its way to the States.

Apart from its positive effects on the brain and heart, caviar has also emerged as trendy ingredient in skin care products since the mid-2000s. In fact, lots of cosmetic companies are incorporating the extract of this classy delicacy to various beauty-enhancing products because of its rich protein and antioxidant content.

Many elements of the sea, including seaweed and algae, are proven to provide beautifying and nourishing effects to the skin. Caviar, which is basically a marine living thing, also has an ample amount of sea minerals and nutrients that can make it a potent cosmetic ingredient.

A recent release from the U.S. Department of Agriculture National Nutrient Database for Standard Reference has shown the breakdown of caviar’s nutritional components. This report showed that caviar is nutrient-packed with water, proteins, lipids, carbohydrates, minerals, vitamins, amino, and fatty acids, the ingredients behind the skin-nourishing and anti-aging claims of caviar extract.

What Humans Have in Common with Caviar

Water and protein play an essential role in attaining a youthful and hydrated skin. It can also slow down the maturing of skin by replenishing skin tissues and improving skin elasticity.

Protein is also a big factor in keeping skin free from wrinkles, fine lines, and sagging. Every single cell in the body needs protein to repair and construct new cell tissues. Amino acids are the building blocks of protein and these amino acids also help in improving the skin’s texture and tone.

Because of these fancy eggs’ high content of amino acids, fatty acids, and lipids, they are loaded with Omega-3. A study released in 2011 proved that intake along with topical application of Omega-3 has significantly contributed to improving patients with Psoriasis. Another research project suggested Omega-3 can also protect the skin from the sun’s harmful UV rays by acting as absorbers and antioxidants.

Vitamin B12 is one of the keys to glowing skin, healthy hair, and stronger nails because of its fundamental role in cell reproduction. With all of these nutritional benefits, you can see why it’s an in demand ingredient in luxury skin care products.

Did you know that a single tablespoon of caviar equals to an adult’s Vitamin B-12 average daily requirement?

How Does This Royal Roe Help Skin? 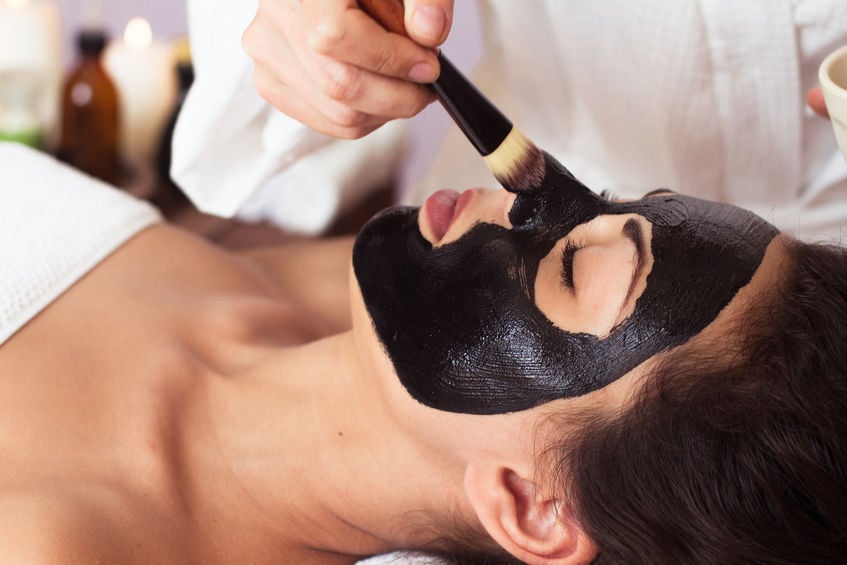 Caviar facials are a beauty secret of celebrities.

But, is this anti-aging hype for real?

Well, a study test it out by applying caviar extract to older people’s skin. The study showed that caviar extract could boost the skin’s collagen production by 67%. Collagen, also known as the “skin’s cement”, is responsible for firm, young-looking skin. This implies that caviar extract is skin’s miracle worker in rejuvenating and revitalizing skin.

Caviar’s large content of water, omega-3 fatty acids and highly saturated lipids provides a great source of hydration—not just for the skin but also for hair and nails.

The antioxidant components in caviar extract help in protecting the skin by lessening the harmful effects of UV radiation and free radicals to the skin cells. This can also reduce signs of aging.

The water, carbohydrates, proteins, omega-3, unsaturated fats, amino acids, vitamins, mineral, and other trace elements can aid in slowing down the aging process by keeping the skin moisturized, nourished, and vitamin-enriched.

I have severe dry skin and this cream makes my worries go away. Wish it came in body lotion.

Get the latest updates on new products and upcoming sales